Home Events The Right To A Future ~ Livestream

The Right To A Future ~ Livestream

THE INTERCEPT INVITES you to watch a special event in New York City hosted by Intercept senior correspondent Naomi Klein, author of the forthcoming book “On Fire: The (Burning) Case for a Green New Deal,” and headlined by trailblazing climate activist Greta Thunberg, author of “No One Is Too Small to Make a Difference.” Together with youth leaders Xiuhtezcatl Martinez, Xiye Bastida, and Vic Barrett, as well as Indigenous Amazon leader Tuntiak Katan, Thunberg and Klein will help us envision a just and sustainable future, confront our climate emergency, and discuss the emerging cross-generational, transnational movement — including people of all races, classes, and backgrounds — that is our best hope for a sustainable planet.

Both a celebration of youth activism and a reflection on how to break through the political and economic barriers preventing meaningful climate action, “The Right to a Future” will bring together a singular group of environmental leaders who are on the forefront of the battle to secure a thriving future for many generations to come.

“The Right to a Future” will kick off a week of climate coverage, starting September 15, by Intercept reporters working across our beats. The effort is part of Covering Climate Now, a project co-founded by The Nation and Columbia Journalism Review, in partnership with The Guardian, that “aims to convene and inform a conversation among journalists about how all news outlets can do justice to the defining story of our time.”

This event also takes place ahead of the Global Climate Strike starting September 20 and the U.N. Climate Action Summit on September 23.

The event in NYC is sold out. The livestream at Barrie Public Library Downtown begins on Monday, September 9 at 7 p.m. ET. Naomi Klein is a senior correspondent at The Intercept and the inaugural Gloria Steinem endowed chair in media, culture, and feminist studies at Rutgers University. She is an award-winning journalist and bestselling author, most recently of “On Fire: The (Burning) Case for a Green New Deal.” She has also written “The Battle for Paradise,” “No Is Not Enough,” “This Changes Everything,” “The Shock Doctrine,” and “No Logo.” Born in 2003, Greta Thunberg is a Swedish student who raised further global awareness of the problems posed by climate change specifically by holding politicians to account for their lack of action. She is the author of “No One Is Too Small to Make a Difference.” Xiuhtezcatl Martinez is the youth director for Earth Guardians, a hip-hop artist, and a plaintiff in Juliana v. United States, a constitutional climate lawsuit against the government. He is of Indigenous Mexican heritage and a descendent of Mexica Aztec people. 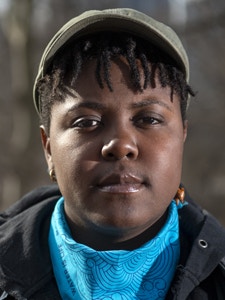 Vic Barrett is also a plaintiff in Juliana v. United States and a fellow with the Alliance for Climate Education. He’s a Honduran American of Garifuna descent and was 11 years old when Superstorm Sandy devastated his hometown of New York. 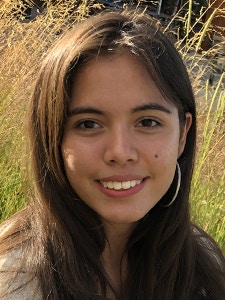 Xiye Bastida is a 17-year-old Indigenous Mexican-American climate activist organizing in New York. She is a recipient of the Spirit of the United Nations Award, an organizer with Fridays for Future, and a member of Peoples Climate Movement-NY’s core committee. Tuntiak Katan was born in the Tuutinentsa Shuar community, Morona Santiago Province, in the Amazonian region of Ecuador. Since 2000, he has worked on social, cultural, and environmental projects among the different cultures in the Amazon basin. He is vice coordinator of Coordinator of the Indigenous Organizations of the Amazon Basin, or COICA, and general coordinator of the Global Alliance of Territorial Communities.