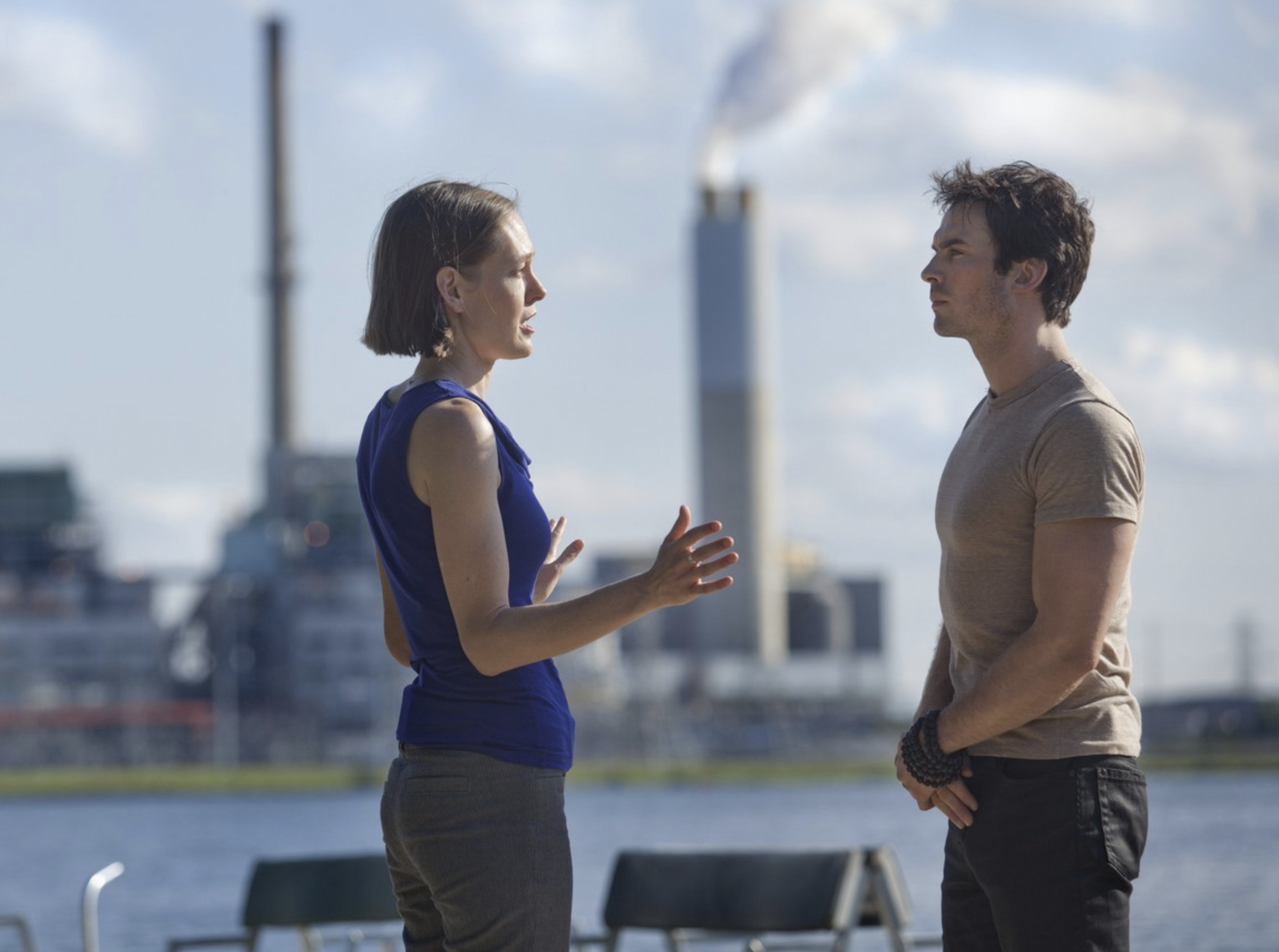 Sunday September 29 | Season 01 Episode 03, “The Surge” (Originally aired April 27, 2014): Chris Hayes reports on how Superstorm Sandy affected towns and families; he meets with congressman Michael Grimm from New Jersey, initially a climate skeptic, who changes his position on global warming after reviewing the science and the work of fellow-Republican Bob Inglis. M. Sanjayan interviews scientists around the world about global warming and reviews the data that they are collecting about the effects of climate change around the world, for example at Christmas Island, where El Niños begin.[21][22]

Sunday September 29 | Season 01, Episode 04, “Ice & Brimstone” (Originally aired May 4, 2014): Ian Somerhalder follows Anna Jane Joyner, the daughter of prominent Evangelical preacher, Rick Joyner, as she works to persuade congregations and preachers in North Carolina (including her skeptical father) to join the Evangelical fight against global warming and the Beyond Coal campaign to shut down a coal-fired power plant.[23][24] They meet with Inglis, gulf coast workers, Hayhoe and former skeptical scientist Richard A. Muller, all of whom provide Rick with information about impacts of climate change.[25] Anna asked her father for his support in an open letter in the Huffington Post, writing: “We are the first generation that knows how serious the stakes are, as well as the last to be able to do something about it in time.[26] Lesley Stahl visits Greenland to investigate the effects of global warming in the Arctic on global sea levels and the rush to develop oil and gas reserves there. Greenland’s ice is melting five times faster than it was 20 years ago, but businesses hope to gain trillions of dollars by exploiting the arctic.[24] Scientist Heidi Cullen explains that “if we don’t leave 30 percent of our oil and gas reserves untapped, large parts of our planet will become unlivable.”[27] Stahl meets with U.S. Secretary of State John Kerry,[28] who has called climate change “perhaps the world’s most fearsome weapon of mass destruction”.[29] Kerry says that, to make meaningful progress, “the people need to demand that our elected officials take responsible action to craft a real energy policy.”[25]